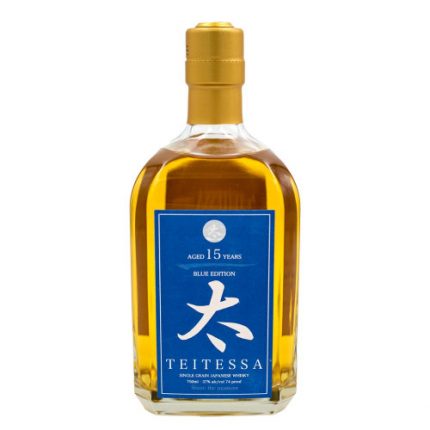 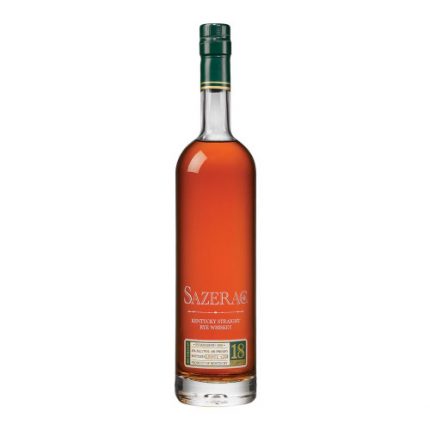 A tribute to the original Sazerac cocktail and rye whiskey from the 1880s, this authentic rye is aged more than 6 years before being bottled uncut and unfiltered at 126.2 proof. The powerful and boldly spicy expression has won several of the most prestigious awards.

This powerful rye is boldly spicy with toffee, fig, and candied fruit notes followed by mint, cinnamon, and clove. Finishes long and warm with subtle allspice, coconut, and nutmeg notes.

Established in 1775 and situated in Frankfort, Kentucky, Buffalo Trace is one of the few American distilleries that continued its operations through Prohibition, after receiving a permit to bottle medicinal whiskey when the 18th Amendment came into effect in 1920. They were permitted to produce new whiskey from 1930 to 1933. As a result, George T. Stagg Distillery, as the company was named at the time, was one of only four Kentucky distilleries that were capable of producing whiskey after Prohibition ended. The distillery changed several hands through more than two centuries, and the owners included Colonel Edmund Haynes Taylor Jr., who earned himself the title of the father of the modern bourbon industry.

The oldest continually operating distillery in the United States includes the rich legacies of master distillers such as E. H. Taylor Jr., Albert B. Blanton, Orville Schupp, and Elmer T. Lee as well. To this day it remains family-owned, operating on the same 130 acres of land adjacent to the Kentucky River as it has for over 200 years. Similarly, the distillery’s flagship bourbon has been made using the same process for over 2 centuries. Now part of the Sazerac family, the distillery has remained dedicated to a single craft: the making of fine bourbon whiskey, bringing together tradition and innovation in the process.

Thomas H. Handy Sazerac Straight Rye Whiskey is released via the revered Buffalo Trace Antique Collection. Paying tribute to a bartender from New Orleans who was the first to use rye whiskey in a Sazerac cocktail, it’s a rich and bold rye that is uncut and unfiltered ― an authentic rye that pays homage to the whiskey from the 1880s, it’s the perfect choice for an authentic and historic Sazerac cocktail. Bottled straight from the barrel, it clocks in at 126.2 proof. Aged more than 6 years in #4 char new American white oak, it’s a powerful and boldly spicy whiskey that has received some of the most prestigious awards. It was awarded a Double Gold Medal at the San Francisco World Spirits Competition in both 2019 and 2020, earned 4 stars from Paul Pacult’s Spirit Journal, as well as being named the “3rd finest whisky in the world” and “Rye of the Year” by Jim Murray’s Whisky Bible.

Grab a bottle of this amazing rye whiskey today!