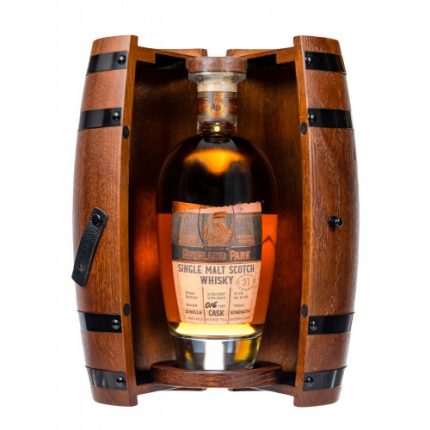 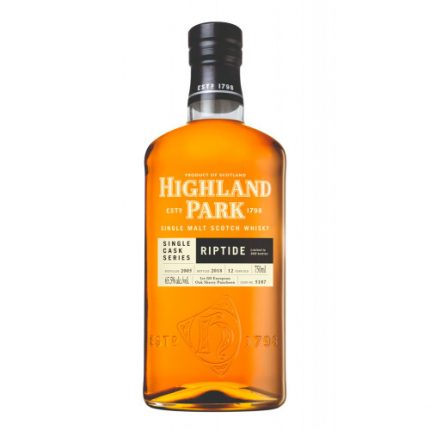 This is the oldest The Singleton expression to date. Crafted more than half a century ago in 1966, the whisky was finished in a Pedro Ximenez sherry-seasoned cask before being bottled at 88.2 proof.

The nose is mild and dry with wine, maraschino cherry, hemp, and earthy notes with a touch of bitterness balanced by sweet fruity aromas. On the delicate and drying palate, you’ll find a peasant sweetness, fruitiness, and spice, followed by orange zest, clove, and hints of burnt raisins. The finish is long and drying with a touch of spice and sweetness.

Glendullan is situated in Dufftown, the Whisky capital of the world. As one of the busiest Whisky epicenters, it is home to some of the greatest Scotch Whiskies ever created. Founded in 1898, by William Williams & Sons from Aberdeen, the distillery was actually decreed by King Edward VII in 1902. Like most distilleries, Glendullan has a history of ownership changes and renovations. In 1926, the distillery was bought out by Distillers Company Limited, then switched hands to Scottish Malt Distillers in 1939. By 1962 the distillery was renovated, and only a decade later a new facility was constructed near the original site. In 1985 the original facility was mothballed.

“Glendullan 2” is also a workhorse, putting out 4 million liters of spirit per year, producing several labels. The distillery itself has official bottlings and has been producing the Singleton brand since 2007. A bioplant, which processes the spent lees, was also opened on-site in 2014. The distillery has 3 wash stills with an impressive capacity of 33,700 liters, and 3 spirit stills with 23,800 liters of capacity. They source their unpeated maltings from Diageo’s industrial site, and the mashing takes place in a 12-ton mash tun.

The Singleton Paragon of Time series features their oldest and rarest whiskies. This expression is the oldest release from The Singleton to date, having been crafted more than half a century ago in Dufftown, each process taking its time, the barley malted and turned by hand. The oak butt cask was hand-filled on October 31st, 1966. It was finally matured in a Pedro Ximenez sherry-seasoned cask for an additional sprinkling of richness. Finally, the whisky was bottled at 88.2 proof.

Get your bottle of the oldest The Singleton whisky today!