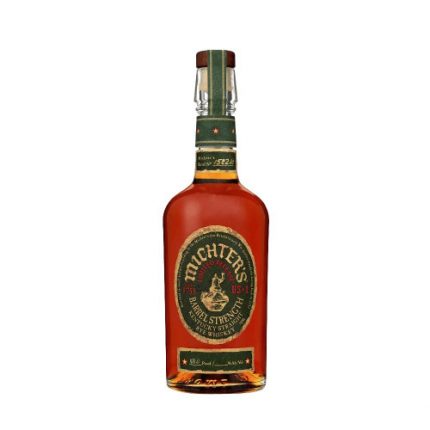 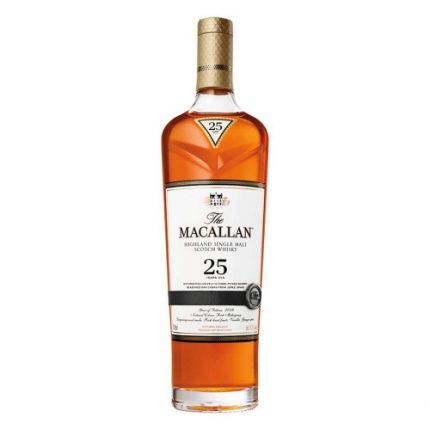 This rich, intense whisky from The Macallan takes its name after the distillery’s six pillars and is part of The Macallan Master Decanter Series.

Intense, fruity aroma, with notes of raisins, figs and dates. The palate is filled with rich oak, as well as early notes such as leather and tobacco. The finish is at once subtle and astounding, with a dry, nutty character accented by toffee and cream.

The Macallan No. 6 delivers classic Macallan character, starting with the beautiful dark walnut color, complex aroma, and deep flavors of spice, dried fruit, and orange groves, imparted by first fill sherry seasoned oak casks from Spain. The casks are crafted by master craftsmen from Jerez de la Frontera, the home of sherry. The casks come from a single cooperage to ensure the highest quality for this rich single malt. Bringing together the mastery of The Macallan and the craftsmanship Lalique, this piece of timeless elegance comes in the beautiful Lalique crystal decanter that was designed exclusively for The Macallan.

Situated on a ridge above the banks of the River Spey, the Easter Elchies House has been the spiritual home of The Macallan for over three centuries. In 1820, Alexander Reid sowed the fields surrounding the rented home with barley and established the first licensed distillery on the estate, which he named Macallan after an ancient church that had been destroyed by fire during the 15th century. In the slow winter days, Reid would ferment and distill his excess grains into whisky, which was often drunk straight from the still or sold to travelers passing through the town.

Today, The Macallan Estate encompasses 370 acres, 95 of which are devoted to the production of The Macallan Estate’s Minstrel barley (a single acre produces about 2.5 tons of barley each year, enough to yield 1,800 bottles of The Macallan). In addition, the distillery contracts with farmers to purchase barley that is low in nitrogen and high in starch, resulting in a rich and oily whisky.

After the harvest, the barley is malted and mashed in one of The Macallan’s two mash tuns, a process that takes between four and eight hours. Then, the barley is fermented with a specially cultured yeast before being distilled twice through The Macallan’s copper-pot stills. The copper comprising the stills acts as a catalyst and enhances the formation of sweet esters while minimizing impurities such as sulfur. In addition, the curiously small stills — some of “the smallest stills within the Scotch whisky industry,” according to production manager Alexander Tweedie — produce a whisky with a heavy, oily flavor.

Following distillation, The Macallan distillers remove the heads and tails of the whisky and collect approximately 16% of the spirit to fill into casks for maturation. This “cut,” which is among the highest of any Scottish distillery, results in a more full-bodied and richer whisky.

Be the first to review “The Macallan No.6 The Masters Decanter Series Single Malt Scotch Whisky”