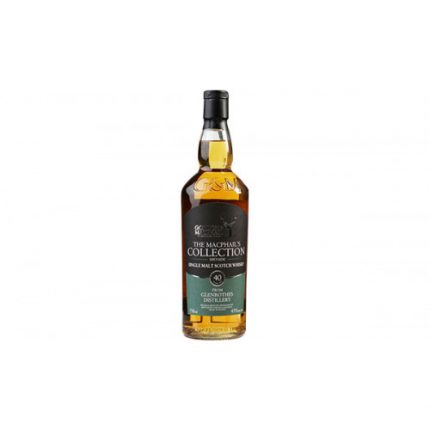 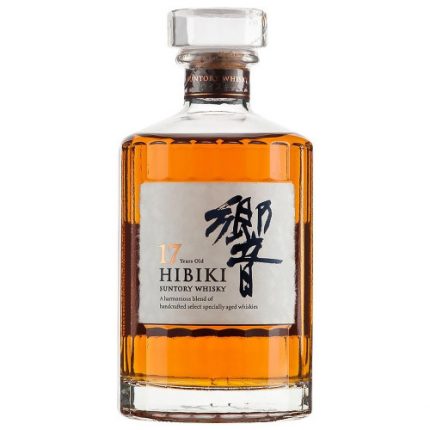 The Macallan M Single Malt Scotch Whisky was crafted from a marriage of seven unique casks of Macallan, each of which was personally selected by Macallan’s Master Whisky Maker. It is bottled in a luxurious handcrafted and individually-numbered crystal decanter.

Deep copper color. Aroma of dried fruits, vanilla, orange zest, cinnamon, nutmeg and ginger. Rich, viscous wood spices dominate the palate, and are complemented by undertones of leather, cedar and smoke. Finish is gorgeous and lush, with a touch of fresh tobacco.

M by The Macallan is the ultimate representation of the master craftsmanship that lies within the heart of The Macallan. The Macallan M is part of the Macallan Masters Decanter Series, where sherry-seasoned oak casks and natural color come together to bring a different level of complexity to each whisky in the range. The Macallan M was masterfully designed by the Creative Director Fabien Baron, and the beautiful crystal decanter was crafted by Lalique.

This luxurious Single Malt Scotch Whisky was made from a marriage of seven unique casks of Macallan, each of which was personally selected by Macallan’s Master Whisky Maker after more than two years of searching through the Macallan’s vast cellars of over 195,000 barrels. Each cask (the oldest whisky was distilled in 1940) was previously used to mature Oloroso sherry.

As a result, the whisky has a deep rosewood color and the classic complex and intense The Macallan character with aromas of dried fruits, vanilla, orange zest, cinnamon, nutmeg and ginger. Rich, viscous wood spices dominate the palate, and are complemented by undertones of spice, wood and smoke. The finish is gorgeous and lush, with a touch of fresh tobacco. Each decanter is hand crafted and individually numbered decanter unites, joining tradition with striking originality.

Situated on a ridge above the banks of the River Spey, the Easter Elchies House has been the spiritual home of The Macallan for over three centuries. In 1820, Alexander Reid began renting the home from Sir Lewis Grant of Grant. Reid was a farmer, and soon after he sowed the fields surrounding the home with barley, Reid established the first licensed distillery on the estate, which he named Macallan after an ancient church that had been destroyed by fire during the 15th century. In the winter — when there was little activity on the farm — Reid would ferment and distill his excess grains into whisky, which was often drunk straight from the still or sold to travelers passing through the town.

Today, The Macallan Estate encompasses 370 acres, 95 of which are devoted to the production of the Macallan Estate’s Minstrel barley (a single acre produces about 2.5 tons of barley each year, enough to yield 1,800 bottles of The Macallan). In addition, the distillery contracts with farmers to purchase barley that is low in nitrogen and high in starch, resulting in a rich and oily whisky.

After the barley is harvested in late August and early September, it is malted before being mashed in one of The Macallan’s two mash tuns, a process that takes between four and eight hours. Then, the barley is fermented with a specially cultured yeast before being distilled twice through The Macallan’s copper-pot stills. The copper comprising the stills acts as a catalyst, and enhances the formation of sweet esters while minimizing impurities such as sulphur. In addition, the curiously small stills — some of “the smallest stills within the Scotch whisky industry,” according to production manager Alexander Tweedie — produce a whisky with a heavy, oily flavor.

Pick up one of these handcrafted, individually-numbered bottles today!