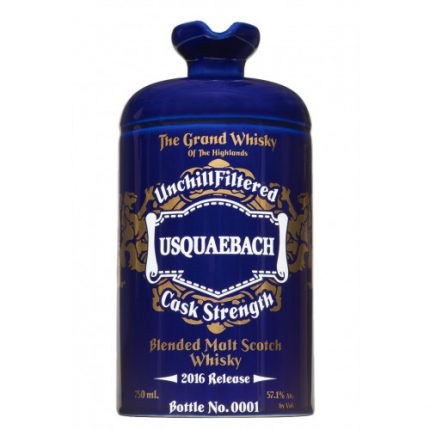 Usquaebach "An Ard Ri" Blended Scotch Whisky $234.99
Back to products
Next product 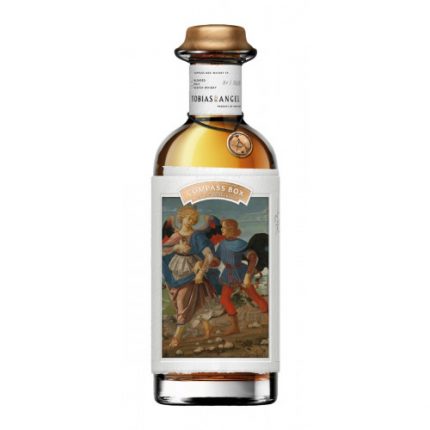 The nose is enchanting with rich aromas of clove, nutmeg, orange and wood smoke. The palate is smooth, pleasing and inviting, with notes of cherry, macadamia nut, sandalwood and vanilla. The finish is lingering, rich and elegant.

This highly anticipated 30-year-old release is an expression from The Macallan’s Sherry Oak range — a series of single malt whiskies, matured in hand-picked Oloroso sherry-seasoned oak casks from Jerez. Thirty years of maturation resulted in rich and heady aromas of orange clove, nutmeg and wood smoke as well as an intense and indulgent palate with flavors of macadamia nut, vanilla, and a hint of sandalwood and black cherry. Deliciously smooth with a long, rich finish, the natural dark mahogany color of the 30 Years Old is the richest in the range.

Situated on a ridge above the banks of the River Spey, the Easter Elchies House has been the spiritual home of The Macallan for over three centuries. In 1820, Alexander Reid began renting the home from Sir Lewis Grant of Grant. Reid was a farmer, and soon after he sowed the fields surrounding the home with barley, Reid established the first licensed distillery on the estate, which he named Macallan after an ancient church that had been destroyed by fire during the 15th century.

Today, The Macallan Estate encompasses 370 acres, 95 of which are devoted to the production of The Macallan Estate’s Minstrel barley (a single acre produces about 2.5 tons of barley each year, enough to yield 1,800 bottles of The Macallan). In addition, the distillery contracts with farmers to purchase barley that is low in nitrogen and high in starch, resulting in a rich and oily whisky.

After the barley is harvested in late August and early September, it is malted before being mashed in one of The Macallan’s two mash tuns, a process that takes between four and eight hours. Then, the barley is fermented with a specially cultured yeast before being distilled twice through The Macallan’s copper-pot stills. The copper comprising the stills acts as a catalyst, and enhances the formation of sweet esters while minimizing impurities such as sulphur. In addition, the curiously small stills — some of “”the smallest stills within the Scotch whisky industry,”” according to production manager Alexander Tweedie — produce a whisky with a heavy, oily flavor.

The nose is enchanting with rich aromas of clove, nutmeg, orange and wood smoke. The palate is smooth, pleasing and inviting, with notes of cherry, macadamia nut, sandalwood and vanilla. The finish is lingering, rich and elegant.