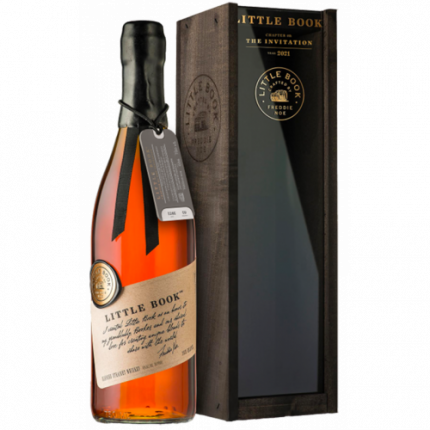 Little Book Chapter 5: The Invitation Blended Whiskey $246.99
Back to products
Next product 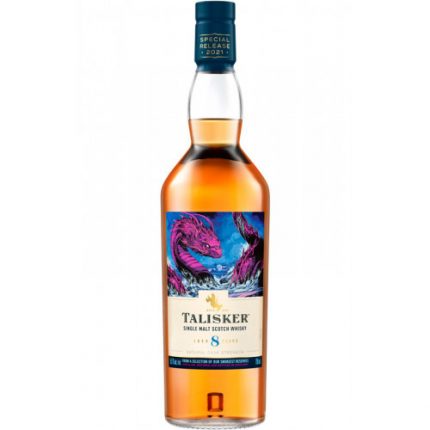 The 3rd release in Ardbeg’s celebrated annual series, this was the first Ardbeg to be bottled during lockdown. Matured in American oak and Oloroso sherry casks, the expression is spicier and even better-balanced than its predecessors.

The nose has smoke, sea spray, and pine resin with aromas of toffee, aniseed, blossoms, citrus zest, and cayenne pepper. The palate is rich and sweet with prominent smoke, treacle toffee, aniseed, and smoked brown sugar. There are hints of nuts that linger through the smoky and spicy finish.

Situated along the southern coast of the island of Islay, Ardbeg Distillery was founded in 1815 by the MacDougall family. By the end of the 19th century, nearly one-third of the population of the island was employed at the distillery, which became notorious for producing some of the boldest and most robust Scotch whisky in the industry. Today, the distillery remains a testament to Scottish innovation and heritage.

Ardbeg Single Malt Scotch Whisky is made from malted barley, which is peated to approximately 50 phenol parts per million. Once the peated barley arrives at the distillery, it is milled and mashed with water sourced from Loch Uigeadail before being fermented in washbacks made of Oregon pine. While wooden washbacks are more expensive and difficult to maintain as compared to stainless steel washbacks, they absorb a portion of the heat generated during the fermentation process and thus, create a lighter and richer whisky. In addition, the wooden washbacks contribute carbolic compounds to the whisky.

Following fermentation, which lasts for 55 hours, the wash is distilled twice, first through a copper-pot wash still and then again through a copper-pot spirit still. The spirit still is equipped with a purifier, which acts as a small condenser and causes a portion of the evaporating vapors to be pumped back into the pot and then re-distilled. This purification process, which is rare in the industry, results in whisky that has a signature fresh and malty flavor.

The Traigh Bhan (pronounced “tri-van”) is named after a local beach and translates to “the Singing Sands”. Each year’s release has subtle changes in its batch recipe, as well as minor changes in the selection of casks. This is the third release and the boldest one yet. “Batch 3 is an extraordinary dram. Different from its predecessors in far more than just taste, this 19 year old is a first for Ardbeg and a collector’s dream,” said Dr. Bill Lumsden, Head of Distilling & Whisky Creation. Matured in American oak and Oloroso sherry casks, it’s a spicier, more fragrant, and expertly balanced single malt that’s bottled at 92.4 proof.

Grab your bottle of this delicious whisky today!